Avengers: Endgame may have concluded the Infinity Saga, but as those of you reading know all too well, the Marvel Cinematic Universe isn’t going anywhere. There are plenty of MCU movies to look forward to in the coming years, including Ant-Man 3 expected to drop sometime during Phase 5. Today, we finally have our first indication of what might be in store for Scott Lang and Hope van Dyne’s next adventure, as Lovecraft Country and Da 5 Bloods star Jonathan Majors has reportedly been cast as Kang the Conqueror

Debuting in the comics nearly six decades ago, Kang the Conqueror is one of the more powerful villains in the Marvel universe. So while he may be introduced in Ant-Man 3, rest assured, this guy could end up having a Thanos-sized impact across the entire MCU. But before we delve into how Kang could affect the franchise, let’s delve into the character’s background for those unfamiliar with him. 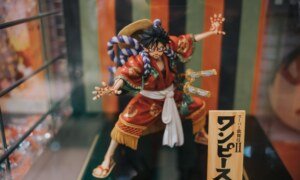