At least 17 people have lost their lives in separate incidents of lightning strikes in Jharkhand, Odisha, and West Bengal

At least 17 people have been killed and several others injured in separate incidents of lightning strikes in states of West Bengal, Jharkhand, and Odisha, as monsoon wreaks havoc across the country.

In West Bengal, at least four people have lost their lives due to lightning strikes in two districts of the state. According to a senior official, two persons died in Purba Medinipur district’s Nandigram, while two others, including a woman, were killed in Purba Bardhaman district when lightning struck them. 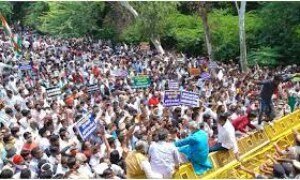