Joe Biden’s meeting with German chancellor last week offered comfort food for anyone nostalgic for the old global order. But as Merkel leaves the stage after 16 years, certain of her legacy as a towering figure in European politics, Biden is still striving to make his mark.

The 46th president will have been in office exactly six months on 20 July. He inherited from Donald Trump a nation deeply divided. He promised to demonstrate that government still works – able to deliver for its people better than rising autocracies such as China – and so convince a doubting world that America is back.

How is that going? It is like asking whether the glass is half full or half empty. On the biggest and most urgent crisis, the coronavirus pandemic, Biden made a storming start with the mass distribution of vaccines, reducing cases and deaths by more than 90% since their January peak.

He also signed a $1.9tn coronavirus relief bill that helped rescue an ailing economy and create more than 3m jobs, more than in the first five months of any modern presidency – though the economy remains nearly 6.8m jobs below its pre-pandemic peak. This week a child tax credit payment reached 35.2 million families: a tangible example of government in action.

Yet the euphoria of Biden’s first hundred days inevitably cooled as reality crept in. A massive investment in infrastructure has been split into two and is stuck in the Washington sausage-making machine; no is quite sure what compromise will emerge from congressional negotiations. Reforms on gun safety, immigration and police brutality have hit a wall.

Legislation to expand voting rights and reduce the influence of money in politics, and a bipartisan commission to investigate the 6 January insurrection at the US Capitol, were torpedoed by Republicans using a Senate procedural rule known as the filibuster. Even coronavirus cases are creeping back up among the unvaccinated as anti-scientific conspiracy theories run amok in pro-Trump states.

Biden can still go down in history as a consequential president but will seemingly have to do it without Franklin Roosevelt’s congressional majority or Lyndon Johnson’s knack for arm-twisting. He also has to do it in a nation with Trump still glowering, Republican state governors defiant and rightwing media on the attack. In many ways America remains as fractured as ever.

Leon Panetta, a former defence secretary and CIA director, said: “It is without question a very challenging time and President Biden is doing the very best he can to try to get our democracy to be able to continue to function in a very difficult situation. I think his heart’s in the right place. He is working as hard as he can to try to see if he can’t get at least some bipartisan cooperation.

“But the bottom line is that these forces that are in play within the country are very difficult to control and we don’t know what direction we’re going to be able to take and whether or not ultimately we can restore our democracy to the original hopes of our forefathers in terms of its ability to govern.”

America, it might be argued, has encountered two Joe Bidens over the past half-year.

One is a familiar figure: a conservative institutionalist who served in the Senate for 36 years, and as vice-president for eight years, and remains an evangelist for bipartisanship. This is the Biden who sits with Republican senators in the Oval Office, refuses to demand the abolition of the filibuster and reduces the noise of the Trump era to sometimes a literal whisper.

Puerile insults, impulsive firings and jaw-dropping tweets are out; civility, predictability and even dullness are back. After remarks lasting half an hour in Crystal Lake, Illinois, earlier this month, Biden admitted: “I know that’s a boring speech.”

Then there is the less expected Biden, the one who goes big and bold, seeking to restore faith in government’s ability to change lives and declaring the death of Ronald Reagan’s 40-year experiment in “trickle-down” economics. This Biden leads a historically diverse cabinet, “gets it” on climate, guns and racial justice, earns praise from progressives and ensures a seat at the table for Senator Bernie Sanders.

Together, the two Bidens form a paradox. In the formulation of Ted Cruz, a Republican senator from Texas, the president is “boring but radical”.
a former congressional staffer who is co-executive director of the grassroots movement Indivisible, said the coronavirus relief package had been the “gold standard” of proof that Biden can deliver.

“He moved with the appropriate amount of speed and was not held up by an extended mirage of bipartisan compromise. He was determined to get this thing through and recognized that Republicans who were raising problems and trying to shrink the size of the package were not actually invested in the ultimately best package,” Greenberg said.

“So when he has shown up and used the power of his office and the power of his coalition to pass major legislation, great. What has been frustrating in the last couple of months has been the endless discussions around bipartisan infrastructure packages … It is extremely unlikely that they will successfully get to the end of the line here because fundamentally the Republicans are not interested in compromising. They are interested in undermining Biden’s agenda.”

The divisions now threaten to boil over as the filibuster enables the Republican minority to block national voting rights standards even as state-level Republicans ram through laws that would make it harder to vote, affecting people of color in particular. Last week Biden gave one of the most impassioned speeches of his presidency so far, denouncing Trump’s “big lie” as a threat to democracy, yet he did not mention the filibuster.

Rashad Robinson, president of Color Of Change, a leading racial justice organization, said: “The lack of being able to move is not just about people. It’s about the structures and systems and one of those is the filibuster. We are going to be running in circles around policies that are urgent as long as a Jim Crow tool that has been used time and again to thwart progress is allowed to stay in place. The Biden administration does have to put some muscle behind this.”

But Robinson acknowledged the impact of the child tax credit, which aims to cut child poverty in half and make a huge difference to families of color. “That is incredibly powerful and I think the impact this will have from a racial justice perspective is huge and I don’t want to undersell that significant achievement.”

Biden has frequently articulated a through line from the domestic to the global. He is aware that much of the world was aghast at four years of Trump when, opinion polls show, America’s reputation collapsed. International audiences were stunned by images of a violent mob storming the US Capitol on 6 January.

Political violence, Washington gridlock and corrosive distrust in government have raised questions over the western democratic model even as China rapidly gains ground. Biden describes an existential struggle for the 21st century between democracies and autocracies.

He set about rebuilding alliances during a recent trip to Europe, where he also sought to warn the Russian president, Vladimir Putin, against further aggressions, and by hosting Merkel in Washington. His steady hand and deep foreign policy experience have helped offer reassurance – at least for now – as surveys suggest a revival of trust in America.

Panetta, the former defence secretary, said: “The world, I think, welcomes the United States but there is no question that they also can see what’s happening in this country in terms of polarisation. The large number of voters that turned out for the last election on both sides tells them that America still remains a divided country and there is a real threat that, for all of the good that Joe Biden is trying to accomplish, America could go back to the chaos of what we saw during the Trump years and that scares the hell out of everybody.”

Indeed, world leaders who sit with 78-year-old Biden are surely aware that his presidency is precarious.

Next year Democrats may well lose both the House and Senate, making governing even harder. In 2024, Biden himself might lose to Trump or another Trump-style populist. It can all depend on a few thousand votes in a few swing states.

Michael Bröning, executive director of the Friedrich-Ebert-Stiftung, a thinktank in New York affiliated with the German Social Democrats, said: “We are talking about the midterms and the elections in 2024 with Trump still in the picture. The danger is that there’s just this political yo-yo effect where you switch from one president to the next and then everything gets scrapped and you start from scratch. The question is, how many times can you turn the tables without really damaging the china? These tremors have an eroding effect.” 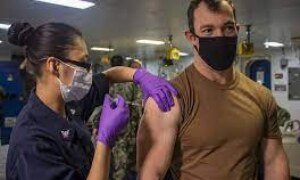 Vaccinated people can carry as much Delta variant COVID-19 as 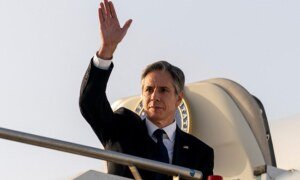 US Secretary Of State To Visit India On July 27-28,