Close
Ask a Question
Home/ Business/Although it could not beat Facebook, Google put a big part in Mukesh’s Geo.

Google is a 6.7 percent shareholder of the Geo platform with an investment of Tk 33,636 crore.

Google is going to invest heavily in Mukesh Ambani’s Geo. Google is the 8.7 percent shareholder of Geo Platform with an investment of Tk 33,636 crore. Reliance owner Mukesh Ambani said this in a virtual meeting on Wednesday. Geo is the digital services division of Reliance. Since April 22, a total of 14 investments have been made in Geo.

Mukesh Ambani, head of the company, said he was happy to welcome Google. Earlier, investments in Mukesh Ambani’s Geo came from Facebook, General Atlantic, Silver Lake, and many other well-known companies. A few days ago, through an investment of Tk 43,584 crore, Facebook has become about 10 percent partner of GEO. Mark Zuckerberg has become a part of Geo Digital Services, Geo News, Geo Movies through this investment.

ambani groupgooglemukesh ambani
Previous article Lionel Messi played in the Barcelona jersey after a long clash..
Next article Trump relies on Modi to win the US vote! Video post with friendship message … 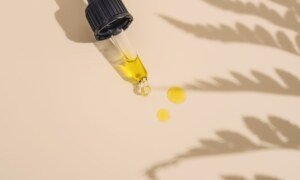 The Best CBD Oil Brands You Can Find In 2022